Home » What is Xylitol 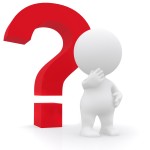 Xylitol is the new ’SUGAR’ without all the negative side effects that goes with it.
Xylitol is a 100% natural product and sweetener that occurs naturally and is  found in most plant material, including many fruit, berries, vegetables and mushrooms. It is also extracted from birch wood and occurs naturally in large plantations in North American grown hardwood trees to make medicine. Finally it is produced in the body in small quantities of up to 15 grams per day during normal metabolism.
On food labels xylitol is classified as a sugar alcohol or carbohydrate.

What does it look like
Once it is extracted and processed it yields a white, fine & crystalline granule that looks just like table sugar. 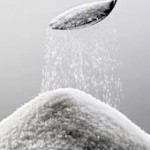 Chemical Structure
Unlike most other sugar alcohol Xylitol is a 5 carbon sugar alcohol with the chemical formula (CHOH)3 (CH2OH)2.

What makes Xylitol so different from other sweeteners?
It differs greatly from other sweeteners like fructose, sorbitol and glucose because it has 5 carbon atoms and not 6. This is immensely important in the benefits of xylitol as most bacteria and yeast cannot metabolize it.
Secondly it is an all natural product and not an artificial chemical like sucralose and aspartame. It’s sweetening power is the same as sucralose(table sugar), but contains about 40% less calories and 75% fewer carbohydrates!

History of Xylitol
Xylitol was discovered by European chemists in the 19th century as a sugar alternative during a sugar shortage in Finland. Its dental benefits was further researched in the 1970′s and shown to play a big role in preventing tooth decay.
Today xylitol is widely used in oral care products, candy and gum.

What quantities of xylitol should be used?
Research showed that in small quantities such as 6-10 grams(1 – 2 teaspoons) per day, xylitol proofs to be greatly beneficial. The frequency is just as important for dental benefits and it is far better to have 3-5 times of xylitol per day than just a once off.

Is xylitol safe to use?
Yes, most definitely. Both the World Health Organization and the Food and Agriculture Organization of the United Nations had confirmed in 1983 that Xylitol is a safe sweetener for foods.

Sugar is 'addictive' and 'toxic' and contributes significantly to type 2 diabetes, Alzheimer’s disease, dental decay, cardiovascular disease, hyperactivity, something called “metabolic syndrome” and – most damning of all – the global obesity epidemic.
There is more sugar in our food than ever before – 80% of all SUPERMARKET food contains sugar. The number of obese people in the world has doubled in less than three decades!